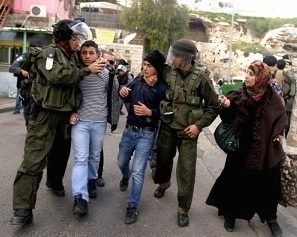 It’s not uncommon for those ardently opposed to war to issue blanket condemnations of all soldiers as war criminals. The US antiwar movement has a different approach based on what it learned from the endless number of US wars. The movement neither glorifies soldiers & buys that “fighting for our freedoms” crap nor does it vilify them as unredeemable war criminals.

While the anti-Vietnam War movement debated how to approach GIs in a conscription army, those soldiers were already organizing opposition to the war, including on military bases. They protested, put out newsletters, risked court-martial in their opposition, & approached the antiwar movement for collaboration in their defense & to reach more soldiers. At no time, it must be insisted, did the US antiwar movement ever spit on soldiers & call them “baby killers.” That venomous slander is the invention of a right-wing think tank to drive a chasm between the antiwar movement & antiwar soldiers.

Political collaboration has only deepened with every new US war so that now antiwar veterans are the backbone of antiwar opposition. Their testimony is horrifying, wrenching, & an irrefutable indictment of all that crap about fighting for freedoms.

So now we see in Israel that active duty soldiers are refusing to serve in the military occupation of the West Bank, East Jerusalem, or the military siege of Gaza. Breaking the Silence is an organization of Israeli soldiers & veterans that has collected testimony from now hundreds of soldiers documenting capricious military violence toward Palestinians, including shootings, beatings, & profligate use of assault weapons; the humiliations of checkpoints & special roads; & the expropriation & destruction of Palestinian property.

They are also further testimony to the importance of finding a way to work with active duty soldiers & veterans in every army, in every country & not simply writing them all off as war criminals. Nowhere is the antiwar movement in a position to write people off or to exact contrition. Soldiers returning from war pay a heavy price for their credulous service to power: beside numerous physical impairments, they face homelessness, incarceration, addictions, mental health problems, suicide. Our job is not to excoriate them but to find ways to work with them in exposing the atrocities of war & mobilizing opposition to it.