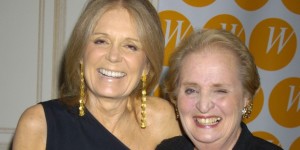 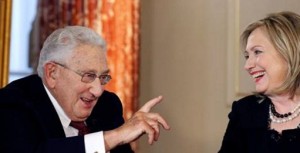 Madeline Albright apologized for saying women who don’t support Clinton deserve a special place in hell. Who gives a rat’s ass! There’s nothing she could ever say that would excuse her for what she said about the children of Iraq.

Bernie Sanders nailed Clinton last night for her political friendship with Kissinger. But when you support the Democratic Party, that’s the dilemma since it includes a few smooth-talkers like Sanders but more war-makers like Albright, Obama, & the Clintons. Incidentally, Steinem’s primary political mission remains stumping for the Democratic Party every election. She apparently remains untroubled by the unsavory associations. Conclusions can be drawn from that.

To photo is Steinem & Albright; bottom photo is Kissinger  & Clinton (who Steinem is stumping for)