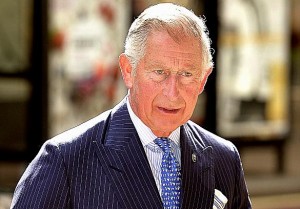 Many people claim the Guardian-UK puts US media to shame for its political coverage. Well maybe it does, but that’s not saying much. How good do you have to be to eclipse Thomas Friedman, Nicholas Kristof, Jodi Rudoren, David Brooks, Maureen Dowd? That’s journalistic child’s play. They’re not media celebrities because they can think & write but because they can’t.

Now, however, the Guardian has shown itself to be a champion of civil liberties & freedom of the press. For the NY Times, it was the Pentagon Papers; for the Guardian, it’s the “black spider memos.” It fought hard-driving legal battles for ten years for the public release of the memos which are secret letters Chucky Windsor wrote (called “black spider” because of his distinctively puerile handwriting) to ministers in the British government expressing his views on various matters of state. To give this nonsense more gravity than it deserves, they claim the letters undermine the political neutrality required of the moochocracy.

Does this mean that under feudalism moochocracy is barred from freedom of speech? Does it mean English taxpayers are paying Betty & her indolent clan nearly $40 million a year for nothing? What the hell does it mean? And more important, why does anyone give a rat’s ass?