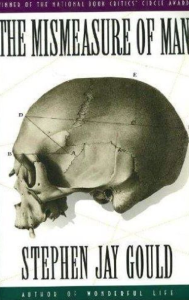 Reposting this from May 11, 2013 about the junk science of IQ & intelligence which is racist, misogynist, elitist, & profoundly stupid. If you promote it in any of its genres, you don’t impugn your intelligence so much as expose your social hatreds.

It has also created a culture where ridiculing those with learning disabilities is allowable–like adding the suffix “–tard” to an epithet. As a result of that social hatred, those with learning problems are isolated, ridiculed, tormented, humiliated, denied full lives–the whole range of social oppression.

Intelligence is complex. When I was active as a mentor in the self advocacy movement for those with learning difficulties, I observed those labeled “retarded” who were theoreticians, the intellectuals who thought out strategy, & observed activists working out political problems as cogently as any discussions I’d been part of in other social movements.

“Retardation” is a prejudice, not a scientific designation. Stupid is another matter altogether.

In the past year, an abstract of a study not available to read has repeatedly swept Facebook like wildfire. The Canadian study claims to link low IQ to right-wing & racist politics. People who claim to be progressives are the ones spreading this rubbish so as to stroke their own egos at the expense of those with learning difficulties. It takes so little to make some feel superior–just an assertion with no documentation. One needn’t be informed about the idiocy of so-called IQ science to challenge this crap. The assertion flies in the face of overwhelming empirical evidence. Kissinger, the Clintons, Obama, Albright, Cameron, Thatcher, Blair & an entire army of others may all be despicable & criminal but no one would challenge their intelligence. (The US Congress is exempted from that judgement. They truly are stupid.)

This kind of low-brow science has a regrettable pedigree going back to ideology manufactured by German professors to justify slavery & to social Darwinism which link IQ to race. IQ & race–the twin idiocies of crap science! This rubbish has had many resurrections & many professorial advocates like Louis Agassiz from Harvard & the hucksters, Shockley & Jensen. Its contemporary incarnation is evolutionary psychology–better known as evo psycho–which has managed the extraordinary feat of bringing this crap science to new lows.

So many powerful refutations & polemics have been written against this stuff by so many scientists & thinkers that it’s a marvel it still dares show its repugnant face. But prejudice & elitism are stubborn things especially when they are bankrolled & promoted by the status quo to justify the inequities & barbarisms of capitalism. That’s why it’s peddled by smart guys in the most prestigious universities–another empirical & compelling refutation of that Canadian study!

Ashley Montague & Stephen J. Gould are among the leading scientists & thinkers making chopped liver out of this racist rubbish but there are many others. Gould’s writings also expose the falsity of IQ science & how it is used so viciously against those with learning problems. Susan Faludi (in “Backlash”), Carol Tavris, & other feminists & scientists have done the same for studies attempting to prove women inferior. Progressives should stop stroking their egos with invidious comparisons & inform themselves of this important science. Those who want to make this world a better place cannot do so peddling prejudice, elitism, & stupidity.

Prejudice, which is a form of social hatred, is a powerful force that must be exposed & defied & politically challenged–& not with kid gloves. They have required the power of social movements like the civil rights, feminist, & disability rights movements. You cannot rebuild these movements with a head stuffed full of prejudice toward others. The mismeasure of human beings is the science of inequality. The mantra for a better world remains “Liberty & Equality!”