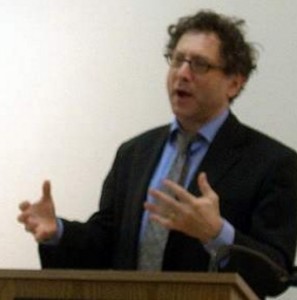 Saying Kaplan is intellectually akin to Friedman is as low a blow as one can afflict. Friedman’s Zionism & writings on the Middle East have elevated idiocy & dreadful writing in the NY Times to the stature of intellectual discourse when it would better be used as toilet paper in an outhouse. They’re that bad.

Kaplan has a regular column on war & US foreign policy in Slate magazine which is owned by the Washington Post. In an article on Obama’s visit to Vietnam, he said the trip is about “shifting the focus of foreign policy away from the stagnant battles of the Middle East, more toward the dynamic promise of the Asia-Pacific—which Obama has wanted to pursue since the onset of his presidency but which the old world’s ceaseless crises have thwarted.”

“Stagnant” has lots of meanings, most indicating stasis, inaction, sluggishness, dormancy. Do any of those terms describe the killing fields of the Middle East where there is massive bombing going on? And what’s this “old world” crap? Old world usually means associated with the past, especially things quaint & charming. What’s so charming about millions of people being displaced & bombed to death? Or is it meant to suggest backwardness & avoid being openly racist? As for that “dynamic promise of the Asia-Pacific,” is he speaking of the militarization of the region & of the increasing possibilities for war with China?

Our man elaborated on US lethal arms sales to Vietnam: “With the United States selling caches of weapons worth hundreds of millions (in some cases, billions) of dollars to Saudi Arabia, Egypt, Turkey, Pakistan, Kazakhstan, & Azerbaijan, it doesn’t make much sense to deny a place on the list to Vietnam—whose record is no worse &, compared to some, much better.” Kaplan obviously doesn’t think human rights crimes in any of those countries is worth concern. But of course if you think the Middle East is politically stagnant & building up arsenals all over the Asia-Pacific as a phalanx for US power is dynamic promise, then you probably have your head stuck up your rightwing ass.

So the question remains: who the hell is handing out those Pulitzers & are they worth as little as the Nobel Peace Prize? If he walks like a fool & talks like a fool, he’s probably a fool.