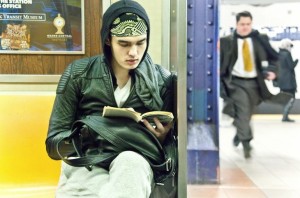 Several annoying memes circulate on social media, most notably quotes from Noam Chomsky, about the insuperable ignorance of working people (though thankfully “sheeples” has been ridiculed almost into oblivion). Quotes like this by Chomsky abound: “The general population doesn’t know what’s happening & it doesn’t even know that it doesn’t know.” One wonders how Chomsky knows what we do or do not know since he travels exclusively in elite orbits!?

This is a common misanthropy usually issuing out of academia from those who should apply scientific analyses to social phenomena but instead rely on impressionism. Two days ago, I was detoured by a fleet of crime scene investigators carrying out a victim in a body bag. Today, the crime site is serene & the chaos in that home in no way apparent. Maybe the analogy is rough, but it’s also true that the ferment going on, the confusions, the thinking among millions of working people is not apparent anywhere, least of all from reading media who intentionally portray us as belching barbarians & floozies without a serious thought in our brains. The ferment is also not apparent in political passivity because even if you have the clearest analyses of political problems, there are currently few places to go to exercise your wisdom. Have the misanthropes looked at the state of political leadership & organization today in any arena from labor to feminism to civil rights to socialism?

People who want to understand what’s going on in the world spend hours pouring through media sources & cannot find sources that speak reliably. Left journals are often factional, obscurantist, or written in the ill-begotten parlance of academia that makes legalese seem poetic. Most working people don’t have time to wade through all that & have to accept the TV news version of reality. That doesn’t mean they all accept it in the model of obedience training. There are simple-minded thinkers everywhere, including among working people; there are racists & misogynists, & plenty of boneheads. But there are also millions of people who question what they’re told, have misgivings, questions, skepticism, & boundless cynicism about media.

Working people are the agency of social transformation; what we understand or do not understand matters. Addressing that problem does not include condescension & insult. People like Chomsky have no right to make such indictments since their job is to educate & not malign millions of people they know precious little about. Libraries & book stores are full of people–thousands of readers a day–so clearly people are trying to understand what media has made near impossible.

Social activism is not a way to thumb our noses at others for their ignorance; it is the exercise of political power & just as important, it’s a very effective educational method to counter media lies. And that’s what we should be concerned about.