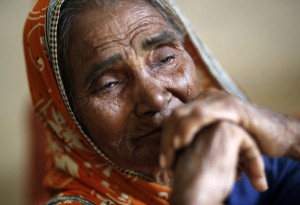 One of the central demands of the women’s movement of the 1970s was for reproductive rights & no forced sterilization. They remain central issues for women. Forced sterilization is a practice derived from eugenics in the late 19th century. Social philosophy doesn’t get more detestable. It was always associated with the power elite & held a lot of cachet for a long time–unless you were an immigrant, working class, disabled, gay, Jewish, Black, Latino, or Indigenous. It was unashamedly promoted all over the world. The social history of its origins should be placed within the context of the great anti-colonial movements of that era leading up to WWI. It’s decline in respectability began with WWII & the Nazi exterminations which were eugenics writ large. But it was the US Civil Rights Movement in the 1960s & the women’s movement that most clearly opposed themselves to such repugnant theoretics & practices.

Eugenics groups favored reproductive rights because they needed legality to promote practices done in secret–like the forced sterilization of thousands of Black, Latina, & Indigenous women. The women’s movement included “no forced sterilization” as a demand precisely to draw a hard line between those who wanted reproductive rights to control women & for racist purpose & feminists who believed in women’s right to control their own bodies. Women would go into clinics for routine procedures & come out sterilized without knowledge or consent. It’s not as if these practices have ended in many countries. Native American women have considerable litigation over forced sterilizations; Israel acknowledges performing it on Ethiopian immigrants; prison inmates in California were sterilized without consent; it’s been rampant in China to enforce the one-child policy. For US population control programs in African countries & India most notably, eugenics & forced sterilization is the guiding principle. Because at the heart of eugenics is the most monstrous, stinking racism.

With the decline of the women’s movement, these population programs are unrestrained & bankrolled by the US & UK, the Gates Foundations, & World Bank. Control of reproduction is central to capitalist domination & feminists have written volumes on this question. But in the neoliberal barbaric phase of capitalism, control of population is their way of managing the crises their policies create. They have no possible solutions to massive poverty, starvation, unemployment, homelessness–not if they want to continue plundering. So eugenics provides the solution: just bump millions of people off or force them to stop having babies.

How that works out in the world has just been exposed in the most gruesome way in India. In Bilaspur, a city in the Indian state of Chhattisgarh, thirteen women given tubectomies in a government-run sterilization camp died & 69 were hospitalized, twenty of them in critical condition. One doctor had operated on 83 women in six hours–about four minutes per woman. In the most predictable ways, the government went into overdrive. It arrested five doctors, including the surgeon. They found the drugs used were contaminated with rat poison & arrested the pharmaceutical manufacturer & his son.

They’re going to be scapegoating up a storm to distract from India’s criminal policies of population control. And not for the first time. Indira Gandhi’s notorious sterilization program in the 1970s sterilized over 8 million men, sometimes with compensation but mostly forced. India now has one of the highest rates of female sterilization in the world provided free by the government in sterilization camps to control population. There are between four to five million women sterilized every year. Some media reports claim sterilization is popular for family planning because it’s free & “sidesteps cultural resistance to & problems with distribution of other types of contraception in rural areas.” Cultural resistance? Problems with distribution? You can peddle that baloney to a kindergartner but it’s just a slick way of blaming people for the policies of their government. Is it difficult to distribute birth control because primary healthcare is in such a sorry state? India reportedly has one of the world’s worst records on maternal healthcare (& that’s saying a mouthful) with high death rates for both mothers & infants at birth. Media reports don’t distinguish who the women are by caste but just as Gandhi’s forced sterilization program targeted Dalits, it is certain they are most affected now.

Now there’s something curious going on here because at the London Family Planning Conference in 2012 attended by all the big players in population control/eugenics, over $4.6 billion was pledged to family planning programs & India was one of the target countries. In addition, the Gates Foundation targeted India directly & through Family Planning 2020 (where private donors invest in family planning) to the tune of millions of dollars. The Gates Foundation boasts of its collaboration with the Indian government in family planning. So are they involved in these sterilization camps? Is that where the incentive money comes from? But then why are there no family planning programs in India? Why isn’t birth control available? Why is prenatal care inadequate? Where the hell is all that money going? Because if you look at the conditions in the sterilization camps, you find instances like in West Bengal where 106 women were dumped in a nearby field for recovery from surgery. You find women dragged out of recovery & sent home contrary to sound medical practice; women given inferior, questionable medicines that kill. Or you find instances of squalid grimy health facilities where one surgeon works on 83 women in six hours. And you find thousands of cases every year of failed operations, complications, or death due to sterilization. So what exactly is the agenda here?

The thing eugenics freaks & neoliberal marauders won’t see is there are human beings involved here; women who may be poor but who loved & were loved, women who will be missed & leave others broken-hearted. They are not just quotas. That’s why, once again, women must fight the historic battles against eugenicists like those in the Gates Foundation & US & Indian governments to take control of health care, of reproductive rights & services & wield them in the service of women.

This grieving woman is Khelan Bai, the grandmother of one of the 13 women who died after sterilization. Our deepest condolences & fullest solidarity in finding justice.