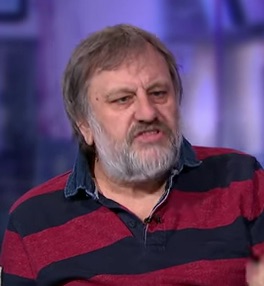 Exhibit A in the court of public opinion to prove Slavoj Zizek is an ass, a racist, & a xenophobe. It feels so good to say that out loud whilst surrounded by FB study groups of pretentious intellectuals doing exegeses of his discourses & treatises. They’re probably all readers of Jacobin.

His most profound work was comparative analysis of toilets where he apparently did most of his best work. One hopes that after so many of these malignant rants against refugees the fancy-schmanzy crowd will finally grasp his intellectual insipidity & dump him–so to speak.