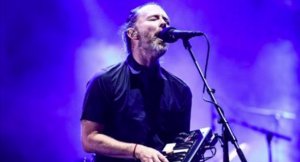 Sam Charles Hamad is a Scottish-Egyptian writer for several publications, known best for his writings on the Syrian revolution. Much of his work is useful, especially on the funding & arming of militias in Syria. But there’s a problem with Hamad; he’s a hater, a misanthrope, even a crank, with a deeply reactionary streak which he cultivates with extreme arrogance.

He’s no critic of capitalism but it’s hard to place his politics which seem to have strong affinities with rightwing libertarians. Ironic that since his nemeses in politics are libertarians who support the Assad dictatorship. In the long run it may turn out that Hamad supported the Syrian revolution only through a misunderstanding on his part. Based on his vituperations, it appears Hamad thinks the “monstrous western left” are the source of all evil in world politics but he lashes out at them without being able to distinguish among them. Ignorance doesn’t interfere with his rantings but on the contrary seems to nourish them.

We could leave Hamad to his misanthropy & his conservatism but unfortunately his hatred of the left has gotten the best of him & he has lost his bearings completely. Al-Araby (The New Arab) journal shamefully published an article by him today titled “Radiohead in Tel Aviv: It’s no worse than playing in the US.” Hamad comes out slugging as an apologist for Israel & equivocal about apartheid; supportive of a bantustate solution for Palestinians; opposed to the cultural boycott (BDS) of Israel called by Palestinian organizations in 2005 as a means to defend an unarmed people against one of the mightiest military forces in the world; ignorant & willfully uninformed about the impact of BDS; contemptuous & critical of the entire Palestinian solidarity movement for the entirely wrong reasons. In short, our man Sam is a political wreck on Israel & Palestinian self-determination.

Hamad defends the English rock group Radiohead for defying the cultural boycott to perform in Israel on July 19th. Fifty performers & prominent BDS activists, including Roger Waters, Desmond Tutu, & Thurston Moore, directly appealed to the group to honor BDS but instead the head of the group Thom Yorke has been defending their defiance of the boycott, including in Rolling Stone magazine. To show his contempt, he also flipped the bird to BDS activists holding up a Palestinian flag at one of his concerts.

The irony of Hamad’s opposition to BDS is that he parrots Noam Chomsky’s opposition to BDS when Chomsky is a supporter of Assad & part of that undifferentiated western left that Hamad so often excoriates. In truth, that left Hamad rants against has moved decisively to the right & Hamad may be just behind them.

Support Palestinian justice by honoring the economic & cultural boycott of Israel. Buy nothing with barcode beginning with 729.