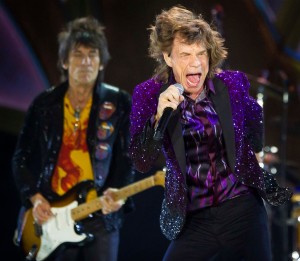 The headlines are exuberant: “Rolling Stones make history with free concert in Cuba.” We’re told the concert was the result of months of diplomacy between the US & Cuba & that hundreds of thousands attended the free concert at a decrepit sports stadium.

Questions emerge which are not answered. Like why was the US government negotiating the terms of a rock & roll concert for the Rolling Stones who are British? And who paid for the free concert?

Cuba has a compromised view about Israeli colonialism, clinging to the stinking corpse of a bantustate solution for Palestinians. But one would think they had enough respect for Palestinians, for solidarity, & for their own history that they would reject performers who flout justice. Does Cuba also then flout BDS?

There’s that old adage about laying down with dogs & getting up with fleas. Naomi Campbell–the serial abuser of women who just received an honorific for women from Shimon Peres–was in the VIP section at the Havana concert.