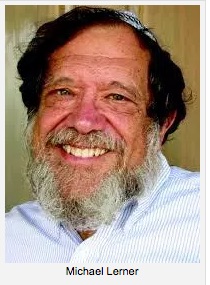 Call me a nitpicker, but that speech by Rabbi Michael Lerner at Mohammad Ali’s memorial service got a whole lot less impressive when he called for a Palestinian bantustate rather than a democratic secular state for Palestinians & Jews.

The good rabbi is my political generation & well-versed in the gestalt of 1960s & 1970s activism: antiwar, pro-civil rights, women’s rights, LGBT rights. He may be progressive on many questions but he remains–despite the violence of Israeli colonialism, apartheid, & ethnic cleansing–a liberal Zionist supporter of Israel. Like Chomsky & Finkelstein, he opposes the violent character of Israel but refuses to acknowledge the inextricable relationship of apartheid to the ideology of Zionism & Jewish supremacism. He supports Israeli colonialism.

Also like Chomsky & Finkelstein, he is an opponent of BDS. He often tries to appear impartial, equivocal even, but he opposes it. You can’t play both sides of the street in politics & the good rabbi is long enough in politics to know that. He’s written a book titled “The Socialism of Fools: Anti-Semitism on the Left” where he attributes criticism of Israel to “internalized anti-Semitism” & tries to distinguish “legitimate criticism of Israel from Israel-bashing.” So he sure as hell doesn’t support BDS which he considers a threat to a Jewish-only state.

Lerner has the politics of J Street, the liberal alternative to AIPAC & the organizational attempt to give a more humane face to Israeli apartheid & ethnic cleansing.

Swell that he talks tough to power but not if its to be in a better position to shill for Israeli colonialism & stick Palestinian justice in a bantustate.