It’s one of the hardest things for activists to separate from those not traveling in the same direction. There are lots of differences one can live with without conflict but support for brutal dictatorships & war are not among them. It’s too up close & personal on social media to see friends mocking victims of sarin gassing as fake “dead kids.” There’s pathology & derangement involved in that. So parting ways is part of life.

Separating from Assad supporters has meant meeting others I would not otherwise get to know, including many involved in the Kashmiri & Rohingya struggles. This has been an honor & educational beyond measure.

This new friend is Anayet Ullah Arman, a Rohingya refugee & schoolteacher to refugees in Cox’s Bazar, Bangladesh. As we know from his friend Mohammed Imran, Bangladesh denies secondary education to Rohingya refugees so their formal schooling ends around the age of 12. The entire world of learning is denied them & any possibility for employment above sweatshops. The struggle for education has always been central to the struggle against oppression.

These wonderful photos are kids in his classroom. 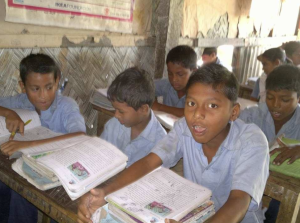 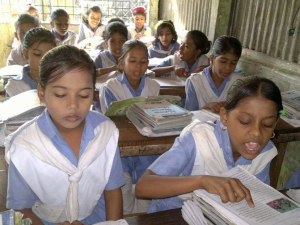