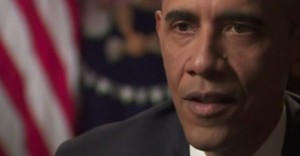 Obama sat down with the BBC for a less-than-hard-hitting interview prior to his visit to Kenya. Most people schooled in the US don’t know squat about Africa; many think it’s a country, not a continent. But that is going to have to change because it’s very clear the US & European countries are in headlong competition with China over extracting resources at the expense of democracy, peace, national sovereignty, human rights, & human life. That’s what the John Prendergast/George Clooney crap is all about. If you want to know what they envision for African countries, think Niger Delta & Shell Oil; Somalia & US drones; 6 million deaths in the DR Congo from war to extract diamonds & metals; starvation & war in South Sudan; child labor; Ebola; massive dispossession & forced immigration of millions. That’s the nature of neoliberal colonialism.

Obama had some interesting evasions about his visit to Myanmar at the height of a regime assault on Rohingya Muslims. Thousands were being murdered, forced into concentration camps, forced to flee for their lives. Obama said he played kissy-face with the murderous regime because at the time the US “saw some possibility of transition” even though there were “still significant human rights violations taking place.” Human rights violations might be understating genocide a little, don’t you think Obama? He went on to claim his visit “solidified & validated the work of dissenters & human rights activists.” Oh really!? Which human rights activists were those? Surely our man doesn’t mean Aung San Suu Kyi? Maybe it did validate the work of anonymous activists but it sure as hell didn’t stop the regime since 25,000 Rohingya fled in rickety boats to get away from genocide. So has Obama rethought all those billions of US investments in Myanmar? Or will his regime just keep on validating & solidifying?

Obama ended his weak-assed interview by saying the biggest frustration of his tenure has been that the US does not have strong enough gun control laws to stop repeated mass killings which he says number in the tens of thousands. You bet they do–& that’s just the deaths they count. We know the number of US soldiers & mercenaries killed in US wars; we don’t know how many thousands of Afghans, Iraqis, Somalis, Yemenis, Pakistanis, & others have died by gun & drone. We do know the number of unarmed Black teens shot by US cops & we know the number of Palestinians bombed by US weapons supplied to Israel. So the question is, exactly how will Obama go about disarming the Pentagon & keep them from selling military equipment to police departments, from selling arms to Israel, Egypt, Bahrain, Saudi Arabia?

What the US & European regimes have in plan for Africa will eventually move north to the plundering countries if working people don’t respond with “Hands off Africa.” That’s where that “an injury to one is an injury to all” thing comes in. It remains the iron law of social transformation.

(Photo is mug shot of Obama)