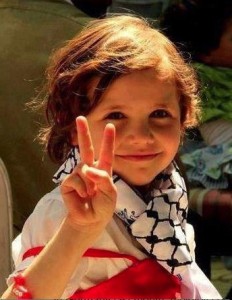 Norman Finkelstein has long played an educative role in Palestinian solidarity through his writings & speeches & is rightfully honored. But his commitment to a bantustate solution for Palestinians (essentially he is a left Zionist) is leading him in a deeply conservative direction. He justifies that commitment with references to international law, as if UN proclamations were sacrosanct or enforceable, & with his claims that popular opinion will not accept a democratic secular state where Jews & Palestinians live as brothers & sisters.

In the past few years he has quite aggressively & contemptuously opposed the economic & cultural boycott (BDS) of Israel, a movement which has transformed Palestinian solidarity from small campus-based groups into an international movement.

On a speaking tour last month at the University of Wisconsin, Madison, he spoke on the “new antisemitism” alleged by Zionists. For the past several years, with the rise of Palestinian solidarity, Israel & its Zionist supporters have attempted to yoke antisemitism to anti-Zionism even though a growing number of religious & secular Jews are active supporters of Palestine & oppose Zionism as a racist, right-wing nationalist ideology. For the most part, Finkelstein’s speech was dismissive of these allegations about crescendoing antisemitism.

Despite his dismissiveness & Zionist sensationalizing & fear-mongering about rising antisemitism (ignoring the rise of Islamophobia), antisemitic incidents are increasing in Europe & have been for nearly 20 years, with verbal abuse, physical assaults, vandalism & fire bombings of synagogues, schools, & cemeteries. Zionists, European regimes, & in particular Israel attempt to pin the increasing attacks against Jews on Muslim terrorists.

In 2004, Finkelstein refuted Zionist claims that Muslim youth were responsible for antisemitic assaults. He was responding to a study from the European Monitoring Center on Racism & Xenophobia (EUMC), a European Union group now called The Fundamental Rights Agency. In a 2003 report, the EUMC claimed the increased attacks were by Muslims & Palestinian supporters. In his textual exegesis of the 2003 report (which was never published), Finkelstein rejected the EUMC working definition of antisemitism because it involved not just incidents of violence & vandalism but merely criticizing the State of Israel or comparing Israeli policies to that of Nazis.

In 2004, the EUMC corrected the slanderous allegation that Muslim youth were at fault & acknowledged the perpetrators were primarily incited by or members of white right-wing nationalist groups. That is borne out by annual reports from Europol, the security agency of the European Union, which show most acts against both Muslims & Jews are carried out by thugs from far-right nationalist groups. The incidence of Muslim so-called “terrorist” attacks is less than one percent of total incidents.

So why did Finkelstein claim in his Madison speech that evidence collected over many years shows that every time Israel launches a murderous assault on Palestinians there is a spike in antisemitic incidents in Europe? Why does he draw a direct connection, what he calls a “causal nexus,” between antisemitic violence & Palestinian solidarity? Even worse, he claimed outright that the assaults “have often been perpetrated by disaffected, angry Muslim youth.” Not content to leave bad enough alone, he added “If in recent times, a larger fraction of these incidents are violent, it’s the blowback from the brutish fanaticism currently plaguing the Arab Muslim world.”

In this outrageous slander Finkelstein is parroting Zionist organizations. As reported in the Guardian-UK newspaper: “Across Europe, the conflict in Gaza is breathing new life into some very old, & very ugly, demons. This is not unusual; police & Jewish civil rights organisations have long observed a noticeable spike in antisemitic incidents each time the Israeli-Palestinian conflict flares.” The article also reports that in several cities, “chants at pro-Palestinian protests compared Israel’s actions to the Holocaust; other notable slogans included: “Jew, coward pig, come out & fight alone,” & “Hamas, Hamas, Jews to the gas.” In a pig’s eye! This is slander.

After the Charlie Hebdo (CH) incident, considerable fear-mongering was whipped up in Europe about the rise in antisemitic attacks, with Netanyahu leading the chorus to encourage Jews to flee to Palestine. But in fact, the greatest number of assaults after CH were against Muslims, with 147 assaults reported in France alone & mass Muslim-hating rallies in other countries like Germany. In the week following CH, 26 mosques were attacked throughout France with firebombs and/or grenades. Muslim women were particularly targeted with spitting, things hurled at them on the street, & physical & verbal abuse, including being taunted as “Muslim whore,” & “Muslim bitch.”

Finkelstein is nothing if not a textual analyst; he can damn well find Europol & police statistics on antisemitic & Islamophobic violence but instead relies on Zionist organizations & mainstream media. And this is a regrettable degeneration.

Another troubling feature of his Madison speech is his counsel that if Israel really wants to stop antisemitic attacks it should stop carrying out massacres of Palestinians & stop calling itself a Jewish state “so Jews wouldn’t have to bear the burden for its criminal actions.” He also suggested “official Jewish organizations in the diaspora” should cease defending Israel’s criminal actions so that all Jews are not blamed. Our man is moving backwards here. To speak of a diaspora is to suggest Jews have some kind of historic claim to Palestine when they have no more claim than Irish-Americans do to the Rhineland from whence the Celtics came. But most importantly, is this an appeal for Israel to clean up its public relations image & deny its apartheid character & ethnic cleansing program? Who would be blaming all Jews? Palestinian solidarity which includes thousands of Jews? Or European neofascist groups who blame all Jews just for getting up in the morning?

It’s regrettable to witness such a political decline in someone who has played such an important educative role in Palestinian solidarity. But there is no reason in the world to refrain from sharp criticism when he attempts, even in an insinuating way, to vilify Muslims & discredit Palestinian solidarity. Our first commitment is to justice come hell what may.