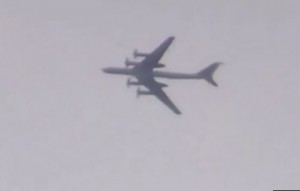 Some, ignoring the repressive political character of the regime, call on president Erdogan of Turkey to enter the battles against Assad. But what are Erdogan’s credentials as the leader of a salvation army? Is it because Turkey has the largest military force in NATO after the US? Or because Erdogan has so much military experience against democracy protestors & Kurds in his own country?

Others, again ignoring the repressive character of the Saudi regime which beheads people, call on it to enter the battles against Assad. Would the Saudis do that at the same time as they are bombing Yemen to smithereens or would they wait until that country is nothing but rubble before they go to bomb Syria for Assad?

The majority of libertarians & well-known leftists are cheering on Russian bombers as the salvation army for the Assad regime. Actually they deny either Assad or Russia are bombing civilians & blame it on ground paramilitary groups armed by the US. But they’ve never been able to explain those barrel bombs or use of white phosphorous. Nor can they explain the Russian alliance with Israel. Nor can they explain why Assad should be defended since his own people tried to take him out of power in 2011.

There are even some who see US bombers as the salvation army. Here’s where things really get messy. They claim the US is there to take out ISIS & Assad but that the presence of US bombers makes the place a whole lot safer. Have they not paid attention to the past 25 years of US intervention in Iraq & Afghanistan?

Everyone has a hard time understanding what is going on in Iraq & Syria but it is scraping the bottom of the barrel theoretically to look to bombers to resolve the problems created by military intervention in the first place. Military intervention is not the solution to the problem of ISIS or to the dictatorship of Assad. It should be apparent that every bomber that enters the skies over Iraq & Syrian increases the possibilities for a massive war that will bring even more hell to a region which is already a killing field. Those who see bombers & military might as the political solution really ought to withdraw from political life & join a monastery lest they face the charge of being politically dumb as a stump.

The alternative to bombers is not candle light vigils up the wazoo & another rendition of “Kumbaya.” The alternative is rebuilding a massive, powerful international antiwar movement where millions around the world demand every foreign country withdraw from military involvement & let the Syrian people work out their revolution against Assad. That may sound like romanticism to some but it beats to hell the killing fields created by bombers. It is nothing but a pipe dream to think militarism is the answer when it is the problem.