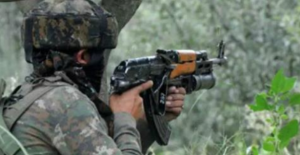 Another three civilians were killed in the Shopian district of south Kashmir on Saturday, days after the Indian occupying army killed two militants, one civilian, & critically injured three other civilians before they demolished the home where the militants were hiding, possibly with other family members. Indian army officials explained that a convoy of armored vehicles was passing through a town when they were surrounded by a group of 100 to 120 “unprovoked & intense” stone pelters whose numbers quickly grew to 200 to 250. According to army officials, this group of protesters armed only with rocks caused extensive damage to the armored vehicles, tried to set them on fire, & then tried to snatch a weapon from one soldier & lynch him. So, army officials explained, “considering the extreme gravity of the situation of the army” they were forced to open fire in self defense to prevent the lynching of the soldier & the torching of the armored vehicles. That’s the Indian Army version of how three unarmed civilians were shot down in cold blood.

It’s difficult for Shopian residents to tell the real story, one that makes sense about what happened yesterday because the Indian Army has completely blocked the internet in the district. The only reason they snapped the internet is to prevent the truth about the murderous assault on unarmed civilians from being heard around the world & to sabotage every effort by Kashmiri activists to build opposition to the occupation of Kashmir. At this point, there isn’t a single lie the Indian Army can say in its defense. Their death toll just this week is six; the injury toll is at least twelve. The trauma & PTSD rate is 100%.

Photo is an Indian Army soldier in occupied Kashmir. You can see how helpless the poor guy is against unarmed civilians.