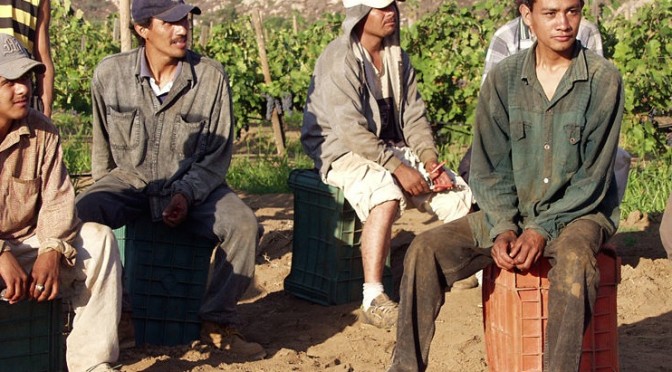 Media here (just a few miles from the Mexican-US border) are reporting an accelerated militarization of the border by the Mexican government to obstruct traffic in “people, drugs, & guns.” A high official of the Mexican regime came to Reynosa (just across the border from McAllen) to outline the new so-called security measures which include more check points, more high technology, more soldiers.

Drug traffickers & gun runners are in no peril & are likely facilitated by both US & Mexican officials. In Hidalgo County, where McAllen is situated, the long-time sheriff, his cop son, & several other cops were recently prosecuted for involvement in drug trafficking. Their sentences were minimal because the judge said they showed remorse. Crocodile tears don’t serve most defendants in a court of law but if you’re a corrupt cop they’ll get you a light sentence & praise from the judge. (Of course the judge himself may well be dealing on the side.)

Former president Felipe Calderón (2006-2012) deployed upwards of 50,000 soldiers ostensibly for the drug war & when he left office an estimated 60,000 civilians had died, 20,000 people had disappeared, claims of human rights abuses by military personnel had crescendoed, US government agents were exposed for gun-running to the drug cartels, & drug trafficking had increased exponentially. So much for that strategy.

Since public opposition to Calderón’s strategy was growing, current Mexican president Peña Nieto pursued another approach which appears to consist mainly of a news blackout. None of the soldiers were sent back to barracks, US military, special operations, & other creepy personnel were deployed to Mexico, & now there is increased surveillance & militarization.

This war on drugs thing is a fiasco, a charade, & a cover for what is really a war on undocumented immigrants, on journalists, & on labor activists. Thousands of undocumented immigrants from Central America & Mexico have died or disappeared in the past several years. Their bodies have been found in mass graves or dismembered & piled on the side of highways. These crimes against human rights have the distinct odor of paramilitary violence. Defending immigrant rights is pivotal to ending this violence.

(Photo of undocumented immigrants from thebentangle.wordpress.com)