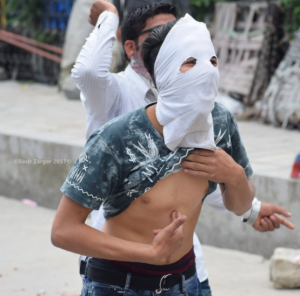 A Kashmiri protester dares police & paramilitary men (not in picture) to shoot him during clashes in Srinagar.

Tough kid. He has better things to do with his life than fight occupation. He has dreams which don’t include being ruled by those who see him as a subject.