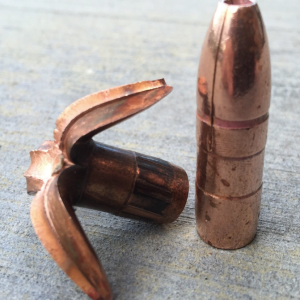 A report last week from Doctors Without Borders/MSF physicians & medics who are treating the injured at the Great Return March in Gaza said, “Half of the more than 500 patients we have admitted in our clinics have injuries where the bullet has literally destroyed tissue after having pulverized the bone.” Doctors say they have seen no bullet injuries comparable since the seven-week Israeli bombing & artillery siege of Gaza in 2014. The reason for the severity of injuries is that Israeli snipers are using internationally banned butterfly bullets. But Israel knows its chances of being censured or prosecuted by the International Criminal Court are almost nil or will be after the fact.

Doctors report that exit wounds can be the size of a fist. The wounds cause massive tissue damage; can cause a range of diseases, including sepsis, gangrene, osteomyelitis; require complex surgical operations; may lead to amputation; & will cause permanent & serious disability. There is one unconfirmed report of 21 cases of limb amputation in Gaza since the Great Return March began on March 30th.

Stand with Palestinians against this barbaric genocidal siege. Honor BDS & gather in solidarity rallies where you can.

Photo is a butterfly bullet which opens on impact with human flesh.