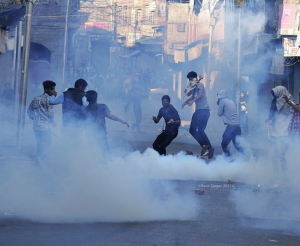 According to Jitendra Singh, a leading politician in the ruling fascist BJP party of India: “There is no such thing like freedom struggle at all in Kashmir. It is a farce. It is a manufactured freedom struggle. It is a mercenary movement, which has gradually graduated into an industry now, in which there are huge vested interests involved & such people carry out mayhem in the name of freedom struggle

That’s why India has 700,000 troops in Kashmir & why it shuts down the internet & access to social media for Kashmiri activists–to prevent the outpouring of fake news. It doesn’t want them reporting about a freedom struggle against an occupation that doesn’t exist.