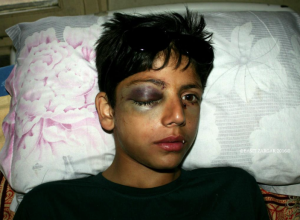 In July of this year, as a result of animal rights activism, the Indian government ordered restrictions on the sale of pellet & air guns. They can now only be sold through licensed arms dealers. Activists had campaigned over 15 years against unrestricted access to pellet guns because of their aggressive use against birds, squirrels, & dogs. Modern pellet guns have such immense power that pellets pass through the bodies of animals, shattering bones, causing spinal injuries & paralysis, & embedding in internal organs which can lead to gangrene. Most animals hit with pellet buckshot cannot be treated by a vet & half of them die.

Although the ruling doesn’t mandate any restrictions on pellet gun use, restriction of sales is important for animals rights (if it’s actually enforced) to reduce the amount of widespread cruelty to animals. It’s certain they will continue to be used in hunting animals because, according to an Indian manufacturer who supplies the Indian army with pellet munitions, they are intended only for animals.

So India now restricts pellet munitions to protect animals, including in Kashmir, which they claim is an integral part of India. But the Jammu & Kashmir High Court just ruled it is legal & not a violation of human rights to use them against unarmed protesters. With no disrespect to animals intended, does that mean the life of a Kashmiri youth is less valuable than a squirrel or a quail?

The Indian army uses high calibre pellet guns in Kashmir though it’s reported they use the calibre normally used against birds. Pellet guns have injured at least 4,000 people, partially or fully blinded over 800, killed nine, disfigured, disabled, & caused lifelong health problems for hundreds. That doesn’t include the injuries & deaths from other weapons used.

This is day 87 of the murderous siege in Kashmir. The occupying army is arresting hundreds of young people in night time raids on their homes in order to reduce public opposition to mass arrests. They are being held under the Public Safety Act which means indefinitely without charge. Many will be disappeared. Massive unarmed protests continue, the use of pellet guns against them also continues.