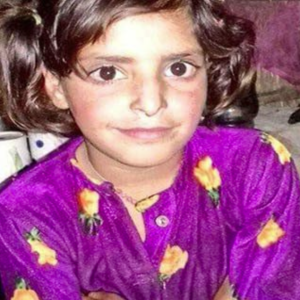 The same rightwing & nationalist political forces in Jammu & Kashmir who support the occupation of Kashmir & are campaigning to get Rohingya refugees in Jammu deported are now marching to support the Special Police Officer arrested for the abduction, captivity, torture (bite & burn marks), rape, mutilation, & murder of 8-year-old Asifa Bano, a child from the nomadic Gujjar and Bakerwal community in the Jammu area of Jammu & Kashmir. She was abducted on January 10th but her body was not recovered until January 17th where it was dumped.

Probably because the Gujjar nomads are an oppressed caste, the police took no action to investigate the little girl’s disappearance until community members protested. Police then assaulted the protesters with tear gas & arrested their community leader. The arrested policeman, who was accused of harassing the family & members of the Gujjar community, was part of the police search team–although the body was found by local people, not by police. He was also part of the police team who handed the child’s body to the family.

According to the police report on the arrest, little Asifa was raped & murdered by the accused to create fear among the Gujjar so they would leave the area. It is reported that the community does in fact feel considerable fear, especially when rightwing nationalists are marching to defend the accused murderer. This unspeakable crime against a small child exposes the psychopathic nexus of caste, ethnic, class, & gender oppression. That he could exact such hatred, brutality, & terror on a small girl touches the depths of human evil. Every rape & murder of a woman or child is always a personal & a political crime.

Our heartfelt condolences to Asifa’s family & to the Gujjar community. May she Rest In Peace. The struggle for justice has just begun.