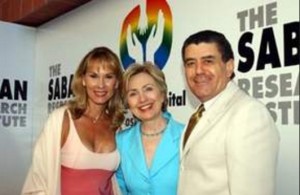 Despite the corruption of Hillary Clinton & her political & financial entanglements with Wall Street, she is playing the populist card like a virtuoso. That’s what you get when a campaign is orchestrated by PR firms. It’s a debasement of politics that citizens are treated like consumers rather than citizens in a democratic republic.

Clinton knows how this country is run better than any other candidate. That’s not a recommendation but a condemnation. She understands what the issue of Israel means to the geopolitical schemes of those who really run this country. Israel is a touchstone for US foreign policy because it is the linchpin to US control over the Middle East. What is at stake is not just oil but democracy in the entire region. Bankrolling & arming Israel against Palestinians & the tyrannous Arab regimes against their own citizens is not an episodic feature of US policy but the heart of its colonial policies involving the CIA, coups, occupations, wars. That’s why Clinton is the chosen candidate of Zionist ideologues in the US.

One of those ideologues is billionaire media mogul Haim Saban, a guy with dual Israeli-US citizenship. Saban owns Univision, the largest Spanish-language network in the US; Fusion, a TV channel, as a joint venture with Disney; The Root, a well-established Black news website; & he has just purchased The Onion, the satiric website.

Media commentators claim Saban’s purchase of these news sources is to broaden appeal to “millennials” & to become more multicultural. Such commentators are playing stupid about Saban’s motives which he does not disguise. He boasts that he’s a one-issue guy: Israel. He’s explained without an ounce of coyness that his strategy to influence American politics includes three things: political donations, establishing think tanks, & controlling media sources. It’s a three-pronged approach, not mutually exclusive.

Saban wants Clinton elected president because he knows that as president of the US she will be as committed to Israel as she was while NY senator & US Secretary of State & as committed as Bill Clinton was during his tenure in the White House. That’s why Saban has donated millions to Clinton’s campaign, to the Democratic Party, & to the Clinton Foundation. It’s called buying influence–& it should be illegal because it violates every standard of democracy & electoral integrity.

In September 2014, the New York Times published an investigative report about how foreign countries buy political influence through Washington think tanks. One of the most influential think tanks in Washington is the Brookings Institute. Saban is not only a trustee for Brookings but in 2002 he founded the Saban Center for Middle East Policy as an adjunct to the institute.

But the plot sickens & Saban’s connections to the Clintons & to US foreign policy are exposed as a labyrinth of deceits. Martin Indyk is the vice president & Director for Foreign Policy at Brookings. Indyk’s resume includes deputy research director for AIPAC (the Israeli lobby); US ambassador to Israel under Bill Clinton; Assistant Secretary of State for Near East Affairs under Bill Clinton; US Special Envoy for the fraudulent 2013-2014 Israeli-Palestinian negotiations under the Obama administration.

Lesser evil voters have to confront this reality & of course the problem is, given the undemocratic way US elections are set up, they have no place to go to choose a candidate based on political principles–especially Palestinian solidarity. It’s a dilemma & the only way to solve it is to eschew lesser-evilism & to do what Eugene Victor Debs said: ‘vote for what you want & not get it rather than vote for you don’t want & get it.’

This photo from 2003 is Clinton, then senator from NY, with Cheryl & Haim Saban at the dedication of the Saban Research Institute of Childrens Hospital in LA. Their nefarious connections go back a long way, This is what influence peddling looks like, not what democracy looks like.