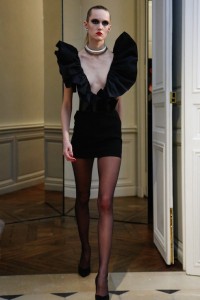 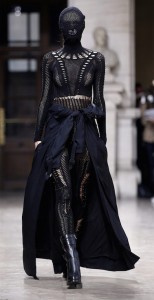 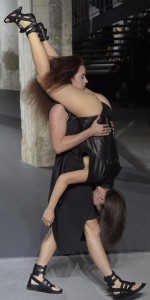 Pierre Bergé is a businessman & fashion mogul who founded YSL, the French haute couture fashion house, with Yves Saint Laurent. The big fashion houses like the Italian Dolce & Gabbana, the Swedish firm H&M, & the Japanese brand Uniqlo, are developing lines for what they term the “Islamic fashion market,” estimated at $260 billion (£180 billion), including headscarves, hijabs, ankle-length dresses. Retailers like Marks & Spencer are now horning in on the action.

Why this is notable has to do with the vagaries of politics. When the history of this period is written it will be known as the Age of Islamophobia. Or possibly the Age of Hysteria or even the Age of Idiocy. The Age of Drumpf sums it up quite aptly but maybe there should be a contest to appropriately name it.

Anyway, Monsieur (Folies) Bergé, who is now 85 & sinking deeper into estrangement from reality, has lashed out at fashion houses who cater to the Muslim market. He said mon dieu, “I am scandalized. Creators should have nothing to do with Islamic fashion. Designers are there to make women more beautiful, to give them their freedom, not to collaborate with this dictatorship which imposes this abominable thing by which we hide women & make them live a hidden life. These creators who are taking part in the enslavement of women should ask themselves some questions.” He called on designers to “Renounce the money & have some principles.”

And with that Drumpfism, let us present haute couture 2016 hot off the runways: the first is from the 2016 YSL line; the Darth Vader look is from the 2016 AF Vandervorst collection; the bizarro thing is from the 2016 Rick Owens line. Don’t they all just reek of freedom & beauty? It’s true, those designers “taking part in the enslavement of women” should certainly be asking themselves some questions. And maybe consider consider plumbing as an alternative profession.