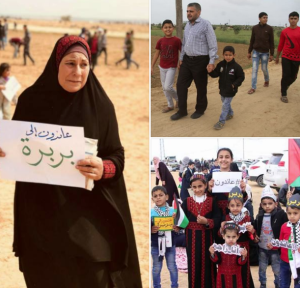 Just after three newsreaders made a presentation about bias in media to control what people think, the local CBS news affiliate presented coverage of the Palestinian Great Return March in Gaza which turned unarmed, peaceful protesters into inciters of Israeli military violence, including drones & snipers. The protest was organized by a large network of activists internationally, including Hamas. Events are planned for 46 days from today until May 15th which marks the 70th anniversary of the Nakba (catastrophe) when Zionist paramilitary forces drove 750,000 Palestinians off their lands to set up the state/military fortress of Israel in 1948.

It is clearly going to be necessary to hold rallies around the world in solidarity demanding that Israel end the violence against unarmed protesters & the right of return for all Palestinian refugees forced off their lands whose families still live in refugee camps in several countries.

End the occupation. Self-determination for Palestinians. Honor the cultural & economic boycott of Israel.