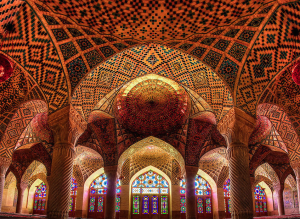 In an October 14th speech, Glen Ford, the executive editor of Black Agenda Report, laid out his understanding of the Syrian war to a Georgia peace group. He sees it as Syria & Russia battling the US-backed “international jihadist network” in a regime-change scenario.

One doesn’t know where he gets such detailed information for the formation & functioning of this jihadist network as he laid out. But in his presentation he said once foreign jihadists from all over the world amassed in Syria against the Assad government, they “inevitably started fighting the war that they wanted to fight in all of its sectarian horrors.” The horrors they unleashed, according to Ford, were not for the US or any of the regimes that armed them because “as far as they were concerned, they were fighting for God.”

Such ignorant prejudice about Islam, or for that matter Islamist extremism, does not sound one whit less offensive coming from Glen Ford than it does coming from the US Pentagon to justify its barbaric wars. It’s just more pathetic & tragic coming from him.

This is the interior of the renowned Nasir al-Mulk Mosque (or Pink Mosque) in Shiraz, Iran. This is what Muslims create when they want to honor God. They do not travel around the world looking for people to slaughter.