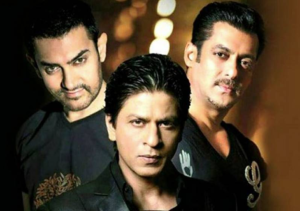 This is a quite cogent & no-nonsense commentary by Kashmiri Mir Laieeq on the Bollywood Khans, three unrelated actors with the same last name being feted on social media for boycotting the Hindutva Bollywood meets Zionism agitprop selfies event with the Netanyahus:

“It is probably a fake news that Bollywood Khans “boycotted” Netanyahu. When and who invited them to meet? If they refused to meet what reasons did they put forward? Did they give their busy schedules as the reason to not meet him? We haven’t heard anything categorical by Khans about this. Boycotts should be unambiguous and categorical to have any impact. These Khans have maintained criminal silence about lynchings of Muslims in india, not to speak of the atrocious occupation of Kashmir by india. One of the Khans who murdered four people under his wheels was among the first to endorse Modi, the mass murderer, in his run up campaign for Prime Minister. Khans are nothing but the selfish bunch of elite Muslims who don’t give a shit about their own communities, they standing up for Palestinians is simply unimaginable!”