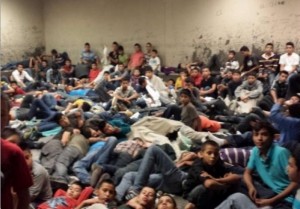 Let’s just cut to the chase on the US Supreme Court deadlock on the Texas v US case which thwarts Obama’s executive orders in 2012 & 2014 regarding undocumented immigrants. The executive orders set up two programs: Deferred Action for Childhood Arrivals (DACA) in 2012 & Deferred Action for Parents of Americans & Lawful Permanent Residents (DAPA) in 2014. After 26 states challenged the legality of the executive actions, a Texas court issued an injunction halting their implementation & expansion. This Supreme Court deadlock upholds that injunction.

Anybody with an ounce of skepticism should have seen all this coming like a Mack truck going the wrong way in a rose garden. DACA & DAPA were always scams. They are deferred deportation programs where you hand the government your identity & location without receiving any promises or legal commitments in return. That way they know just where to pick you up when DACA & DAPA are reversed. We are told this Supreme Court action does not signal the beginning of massive deportations but that is small comfort when immigration agencies are now engaged in a massive deportation campaign.

What it does mean immediately is that several states will employ their ‘prosecutorial discretion’ to deny driver’s licenses & the employment & educational opportunities opened to DACA & DAPA recipients. Under the destructive 1997 Clinton welfare reforms, undocumented immigrants were not made eligible for benefits like food stamps, Medicaid, or Obama Care even if they registered for DACA or DAPA.

The reason these legal challenges should not come as a surprise is that Obama made clear DACA & DAPA were not an amnesty. They were provisional & had several restrictions, including age, residency, & time restrictions. One must register & reregister every two years to become eligible for a work permit. It was certain from the outset that they would be legally challenged & reversed.

According to estimates, about 3.7 million immigrants were eligible for DACA & DAPA (out of the nearly 12 million undocumented immigrants in the US) but by December 31, 2015, only 700,00 were recipients. According to US immigration services, by June 2014, 24,000 applicants had been refused. It would be important to know what happened to those who were refused since they were undocumented & immigration officials now knew where they & their families lived & worked.

Apparently many undocumented immigrants were skeptical about registering since the overwhelming majority did not. That was probably because the Obama administration had already deported more immigrants & conducted more workplace raids hunting for undocumented workers than even Bush. His deportation policies flout child welfare by deporting parents & forcing thousands of children into a dangerous, bloated foster care system. Meanwhile, thousands of unaccompanied minors caught trying to cross the US-Mexico border are offered detainment in place of social services.

This is a photo published in 2014 by the conservative Brietbart website of immigrants in a US Border Patrol holding facility in the Rio Grande Valley on the Texas-Mexico border. In any sane society, stuffing stressed, exhausted human beings like sardines into such conditions would be called human rights crimes.