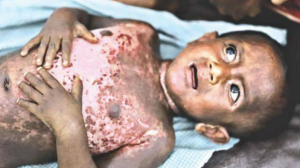 This is a cogent elaboration of the conditions required for voluntary repatriation of Rohingya refugees to Arakan state by Rohingya activist Abdul Munaf Novin who lives in Cox’s Bazar & translates for foreign journalists. I do take issue with Abdul’s call for UN peacekeeping troops because they function more as occupying army than peacekeepers. Their criminal conduct just in Haiti & DR Congo, for which the UN does not accept responsibility, disqualifies them as peacekeepers.

But the question remains: who will protect the Rohingya against the Burmese military if the Rohingya themselves are not militarily organized to defend themselves? The long term solution is the overthrow of the Burmese junta & its civilian facade headed by Suu Kyi by Burmese democratic forces–that is, a resurgence of the 1988 movement. The short term solution is to demand our governments impose economic & military sanctions on Burma, provide humanitarian aid to refugees, & provide asylum with full refugee rights to the Rohingya people.

2. We can not accept living refugees camps or temporary/model camps inside Burma except living at their original places by rebuilding homes by Burmese government.

3. All cities or villages with Rohingya areas must be allocated as Safe Zone by UN and managed by UN Peacekeeping Forces till Rohingya find themselves they are in safe and rebuilding trust on local and Burmese government.

4. All Rohingya must have rights as same as all other ethnics from Burma for joining government duties, free education, free to travel along with national identity card and passport to travel overseas, free treatment in government hospitals and clinics and freedom of all religious activities and reopening Mosques and religious schools as well. All demolished religious buildings must be rebuilt by Burmese government.

5. All Rohingya must have free education including universities and further studies.

6. For ethnic cleansing or genocide attacks, concerned government department head or head of team or individual personal including religious personal must be arrested and taken to ICC.

8. All Rohingya Rights or repretration of terms and conditions must be accepted by all Rohingya and UN bodies as well including safe zone and UN Peacekeeping Forces to Arakan.

If no accepting above conditions that should have freedom rights and humanrights for Rohingya means still no safe place and it will be just a fake agreement as before those agreements were done by Burmese-Bangladesh government. In such conditions, it will be better for Rohingya keep living at refugees camps in Bangladesh untill it reached for a concrete solution for Rohingya.

Our trust level on Burmese government is still very much far away and ZERO tolerance and hopefully this is not the time for any Rohingya repretration back to Burma. It is still early to make such a deal while Burmese government is very much steps away to come to the point to understand the level of trust to be assured and to impliment with basic needs. Also still their failure and deny in fulfilling demands by UN and international communities.

Therefore, it is our concerns for our fundamental Rohingya Rights for all Rohingya from inside or outside Arakan, pease do not accept any conditions if there is no approval or certified by UN for our concrete solution where international communities are investing their time and working hard to build for our Rohingya future be safe and guranteed.

Thanks to all for your time and for your support.

Please also do not forget to support suffering Rohingya inside Arakan, Bangladesh, India, Thailand, Malaysia, Indonesia, Pakistan, Saudi Arabia and many parts of the world.

Your support by time and every single cent will be counted for the sake of humanity as we everyone love to keep value of dignity with ourselves.