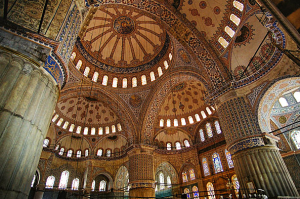 That Oscar win set off quite an apocalyptic furor among Assad supporters. It was like the final showdown between good & evil that the White Helmets got a statue for risking their lives saving people.

All the jihadi, head-chopping rants can take a toll so to restore equilibrium spending time in the Blue Mosque is calming & so much cheaper than an exorcism.

Could hatred be the creative impulses behind such glory? For that matter, can hatred be the driving force behind progressive, transformational politics? Not likely. Not even remotely possible. If your politics are based on hate, you’re moving in the wrong direction & letting off quite a stink in the process.