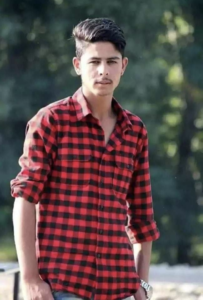 When the J&K police & Indian Army special forces do their chest-thumping about taking out ‘terrorists’, this is who they’re talking about. Mohsin Khandwa was a 17-year-old kid who was identified as armed & dangerous & killed in the June 21st military operation in Zadibal, Srinagar which destroyed so many homes & killed a 13-year-old boy. The police reported that he joined the militancy on May 26th so according to them he wasn’t even active a month. His family contradicts the police because Mohsin was in jail during some of that time.
The police & army killed three young men that day–young Mohsin along with 18-year-old Shakoor Ahmad Lango & 24-year-old Shahid Ahmad Bhat. Not that they can be believed, but police said they recovered one AK-47 rifle & two pistols from the three young men. And with that pitiful arsenal they were considered a threat that required bazookas & other high explosive weapons? That required vandalizing, looting, & destroying several family homes amidst a deadly pandemic? That caused the death of a little boy from burns over 90-percent of his body?
There’s no certainty about the scale of armed resistance in Kashmir. There is certainty that it would not exist if there weren’t nearly a million troops, including entire regiments of special forces, to terrorize the civilian population.
May Shakoor, Shahid, & Mohsin Rest In Peace. Honor their lives by demanding the immediate, unconditional withdrawal of all Indian forces from Kashmir.
(Photo is Mohsin Khandwa)