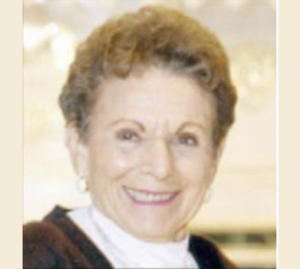 The pictures of your moms are beautiful. Your testaments to them even more so. Because of politics & conflicting personalities, I had a difficult, contentious relationship with my own mom. It’s not uncommon, at least in US culture, for girls more than boys to have conflicted relationships with their moms. There’s an entire library on the subject. My generation which introduced feminism seemed like a rebuke to the WWII generation of women who felt their choices were being mocked & condemned. It’s possible the mother-daughter conflicts had more to do with that than anything else. My mother had a close, loving relationship with her own mother & some of her own eleven daughters, especially the conservative ones. Other than her reactionary politics on everything from war to feminism & a certain deep misanthropy, my mom had many admirable qualities including commitment & tenacity & most of all a warm interest in other people.
She had an aquiline nose & as a devoted Catholic always boasted that it was like Pope Pius XII’s nose (unfortunately a collaborator with the Nazis & pope from 1939 to 1958). I was in my fifties when I first heard her express dislike for her nose. ‘But mom’, I said, ‘it’s just like Pope Pius the XII’. She answered, ‘Would you like this nose?’ I was stunned to know she didn’t admire her nose as much as we had been taught to. She had a loving relationship with my father. They sang in the church choir together, did all kinds of ballroom dancing & even taught it in our basement, always had an active circle of friends associated with the church. She remained political in a conservative way until the day she died in 2007 at the age of 86, still determined to make me a Republican.
May Lorraine Rosemary Scully (nee Urman) Rest In Peace.