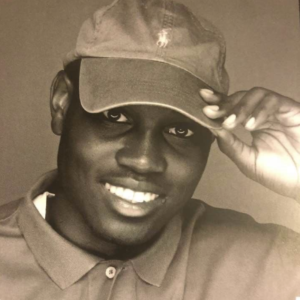 On February 23, 2020, 25-year-old Ahmaud Arbery was jogging in the Georgia town where he lived when two vigilantes seeing a Black man running assumed he was running from the scene of a crime. They hunted him down in their pickup truck & gunned him down with a shotgun. They claimed he resembled night video footage of a burglar in several house robberies in the area although there were no police reports of any such burglaries. In the eleven weeks since he was murdered, the police & district attorney have taken no action against the vigilantes & attribute their inaction to the corona lockdown, forgetting that the lockdown has only been in place less four weeks.
Georgia was among the first states to end the lockdown & those who demand justice for Ahmaud have been holding protests demanding prosecution of the assailants.
By all accounts, including moving testimony by his mother, Ahmaud was a kind, loving person & an athletic man. It is against the law for people to take the law into their own hands & form vigilante teams to hunt & shoot down suspects like animals & it is particularly dangerous when the suspect is Black & the vigilantes are white supremacists. May he Rest In Peace whilst we demand justice for this unspeakable & racist crime.
#StandWithAhmaudArbery & demand his murderers be brought to justice.
(Photo is Ahmaud Arbery)