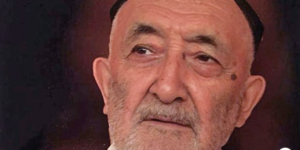 “A prominent Uyghur Islamic scholar has died in Chinese police custody, some 40 days after he was detained in the Xinjiang regional capital Urumqi, overseas Uyghur organizations said on Monday.

Muhammad Salih Hajim was “one of the most respected and influential Uyghur religious scholars” noted for being the first to translate the Quran into Uyghur.

The fate of Salih’s daughter and the other relatives detained with him is unclear.”