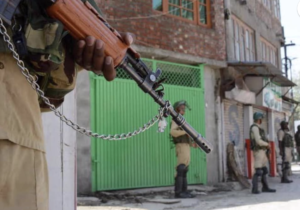 A report from Kashmir describes a living hell & says Kashmiri morale is low. Most probably believe they still stand alone against genocide which is the entire purpose of the telecommunications blockade: to demoralize, to isolate & hermetically seal Kashmiris from each other, their families outside Kashmir, & their supporters. It was a miscalculation on India’s part since according to reports, there are at least 20 protests within Kashmir every day & several protests every week for Kashmir all over the world.