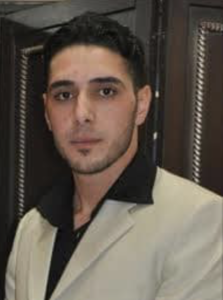 There is every reason to grieve for the people of Idlib being carpet bombed by Syrian & Russian warplanes & for the refugees forcibly deported by Turkey back to the killing fields of Syria. They are sustaining the unbearable with barely a peep of solidarity from anywhere in the world. It is one of the greatest political betrayals & failures of our times that no political forces emerged to organize international antiwar solidarity.

The confederation of propagandists, corrupt political forces, fascists, social climbers, idiots, & conspiracy mongers who united in support of the Assad dictatorship & the bombing of civilians is already falling apart at the seams. Fascist propagandists Bartlett & Beeley are moving on to ineptly serve Russian propaganda full time; Blumenthal, Khalek, Norton, & their ilk are scrounging for employment since no respectable media will touch them with a ten-foot pole. Mackler, Flounders, Sheehan, Baraka, Benjamin & her Code Pink, & other Assadists & Stalinists have left the US antiwar movement an empty shell blithering against Russophobia, a pro-war cult only able to mobilize a handful in support of Syrian & Russian bombing. Chomsky, Pilger, Cockburn, Ali, Hitchens, Fisk, & the whole coterie of corrupt éminences grises have proven you cannot play the authority on social transformation whilst you stand aloof from struggle without losing your bearings. All their followers will continue their couch potato lives fulminating over 9/11 conspiracies, seeing Zionists behind every world evil, hating on Jews, & fooling themselves about being progressives when they have increased the persecution & dangers for Muslims around the world.

We cannot undo this monstrous betrayal of the Syrian Arab Spring. We cannot minimize or underestimate the harm this has done to humanity’s struggle against dictatorship & oppression. There are no words that will ever make it better. But now we know that political forces which have been decaying for at least fifty years, since the end of the anti-Vietnam War movement, are facing their final moments on the stage of history & will be limping into oblivion, if only not soon enough.

A new political leadership must be forged by visionary youth among the oppressed, a leadership that can build a movement against war, occupation, genocide, a movement rooted in principles & steadfast in commitments, that will refuse to make compromises at the expense of the oppressed. That leadership will model itself on & emerge from those men & women who are part of Palestinian & Kashmiri Intifada, from Indigenous, Blacks, Latinos engaged in freedom struggles, from those who participated in the Arab Spring uprisings, like this young man named Ghiath Matar who they called ‘the little Gandhi’ from the city of Daraya, Syria. He was arrested by Assad forces early on in the Syrian Arab Spring & killed in Assad’s gulag on September 9, 2011. May he Rest In Peace & inspire us in rebuilding that which has been destroyed.