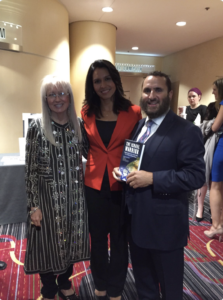 Tulsi Gabbard did herself in with hard-core Assad propagandists several months ago when she characterized Assad as a ‘brutal dictator’ who used chemical weapons against Syrian civilians. Bartlett & Beeley & their disciples treat Assad like a demigod, not least of all because he signs their paychecks. Now Gabbard has blown it with the Medea Benjamin/Code Pink & Ali Abunimah type of Assadists by voting for H. Res. 246, the US House resolution which denounces BDS & swears fealty to Israel.

Not even a month ago, Abunimah was tweeting favorable comments about Gabbard like “I’m open minded about Tulsi Gabbard & skeptical about a lot of what’s being said about her. Some criticisms are fair & some are smears.” Days later he tweeted, “Tulsi Gabbard: end the wars & give everyone free, quality healthcare. What’s not to like?” Since Gabbard has been a Hindutva nationalist, General Sisi supporter, Zionist, & anti-Semite for a long time, there’s a lot not to like & it’s hard to understand what took Abunimah so long to catch on though it’s good he finally has. Now maybe we can catch him up to speed about Assad.

This photo of Gabbard with leading Zionists Miriam Adelson & Rabbi Shmuley from May 2019 was posted on Twitter & published in Haaretz & other media venues. What’s not to get about her politics on Palestinians?