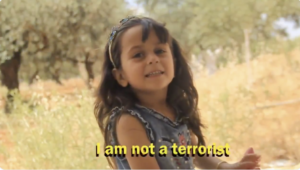 For those who still hold Robert Fisk & Counterpunch in high regard, in July 2018 that journal republished an article by Fisk (who supports the Assad regime & demeans the Arab Spring uprisings) where he said:

“Idlib has been the dumping ground for all of Syria’s retreating Islamist militias,” who he went on to describe as “Salafist-inspired & western-armed Islamists.”

Actually, Fisk is lying because he knows–or as a journalist, should know unless he has now taken on the role of propagandist–that Idlib was where the Assad regime relocated millions of civilians forcibly evacuated from regions “liberated” by Syrian & Russian bombers & ground troops & by Iranian & Hezbollah militias.

(Photo is screenshot from video of Idlib civilians)