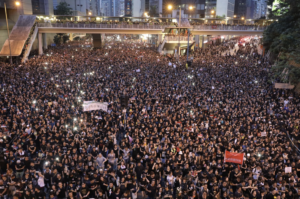 The Hong Kong government suspended the proposed extradition bill after massive protests against it of over two million out of a population of seven million. The city was at a standstill. Suspending the bill is not the same as scrapping it because technically it could be reintroduced, although politically it is dead in the water.

The extradition bill would have allowed Hong Kong to send prisoners, including protesters & political dissidents, to mainland China where they would end up in Xi Jingping’s gulag. This suspension is a major victory for democracy in China.