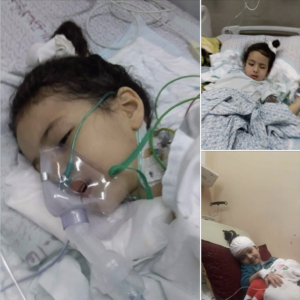 What happened to this little girl from Gaza tells us everything we need to know about Israeli genocide against Palestinians. Madonna will be croaking the soundtrack to her short life & death. May she Rest In Peace. May Madonna rot in hell.

This is 5-year-old Aisha Lulu from Gaza. She had a tumor in her brain stem & had to travel to the occupied West Bank to be treated since Gaza’s hospitals lack adequate means to treat cancer patients due to the Israeli siege. Israel refused to send any of Aisha’s family members with her so she was sent alone with a woman who volunteered to take care of her. Aisha died May 15th due to complications after surgery. Those who were around her said that she died crying, unable to speak, and alone.