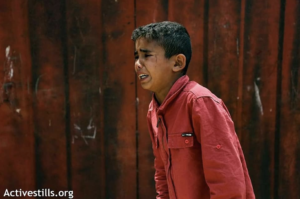 Many take great umbrage at identifying Chomsky or Finkelstein as Zionists or call themselves anti-Zionists when they advocate a bantustate solution for Palestinians. But fundamental to Zionism, a rightwing, supremacist, & colonialist ideology, is a Jewish-only state which Chomsky & Finkelstein both support. If you accept massively truncating Palestinian self-determination to accommodate Zionist colonialism & the existence of a supremacist, Jewish-only entity, you are a Zionist. There’s no two ways around it. If you don’t want to be called a Zionist, give up the reactionary undemocratic idea of a Jewish-only state.

That’s why many years ago Palestinian visionaries proposed a democratic, secular state where Jews & Palestinians can live as equals, as brothers & sisters. That would require a transformation in political consciousness among Israeli working people which can be accomplished by building Palestinian political power internationally. We should also consider that Israel suffers all the tensions & inequalities of any capitalist society. The social & political conflicts that entails can help to weaken the hold of Zionist ideology. Effective, uncompromising political leadership is required. An inclusive democratic state is the only workable solution, first because bantustates are nothing more than a capitulation to colonialism & would always be jeopardized by a militarist, supremacist state right next door; & second because it incorporates Palestinian self-determination along with a humanistic solution for Israelis who were born in Palestine & think of it as their home. Will the transition be difficult? Of course, but not as difficult as living on a permanent war footing & engaging in genocide against Palestinians. Not as difficult as life is for this little boy in Gaza traumatized by Israeli snipers & warplanes.