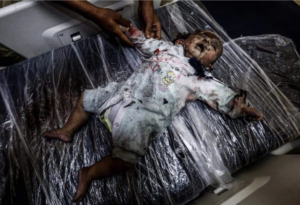 “There’s is no war between Gaza and Israel. It’s a pure massacre. Israel is killing, bombing, occupying, torturing Palestinians. To call it a war would be injustice. Israel is criminal and so are those who support it’s colonial policies. What Nazis did with Jews, state of Israel is doing with Palestinians. Let no one sugarcoat it. It ended bad for Nazis and it’ll end bad for the Apartheid infested Israel. Viva Palestine.

**Current reports suggest 27 Palestinians have been killed with hundreds injured**”