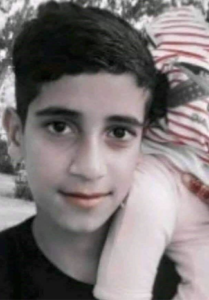 This is 12-year-old Atif Mir who was murdered today by Indian occupation forces in Hajin Bandipora, Kashmir during one of its hunt to kill operations. Clearly in Kashmir, as in Palestine, children are not accidentally harmed or killed but are the intended targets of genocide. That may be one of the tactics taught Indian troops in the training programs India contracted with Israeli paramilitary forces.

There are days for all of us when the scale of the brutalization & extrajudicial executions of children overwhelm us. It makes evil seem insurmountable. As long as there are children sustaining such violence & as long as there is political resistance to it, we must stand solidly with them in building the political power to end it.

May young Atif Mir Rest In Peace. Our heartfelt condolences to his family, friends, & neighbors. End the occupation. Self-determination for Kashmir.