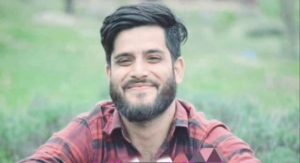 According to the medical examiner’s report, “The blood loss in soft tissues due to multiple injuries was extensive internally, and this must have led to irreversible shock. There was no blunt injury or damage to the internal organs. He had cuts and injuries all over his body. He also had a haematoma (a solid swelling of clotted blood within the tissues) in his left arm and eye. While ruling out a heart attack, the official said a “roller” may have been applied over his legs, causing the veins and arteries to rupture.

The family has said that Rizwan was ‘murdered’ in custody and alleged that his body bore torture marks. “Rizwan’s left eye had turned black, and the left side of his face was swollen. There were severe injury marks on his thighs… cut marks and deep burn marks were visible on his thighs… There were stitches on his head,” said his brother Mubashir.”