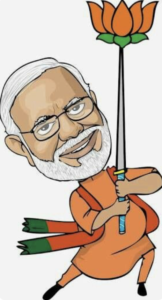 In an act of supreme sarcasm, Indian prime minister Modi sent a letter to the prime minister of New Zealand expressing “deep shock & sadness” at the mosque massacres in Christchurch & “strong condemnation of terrorism in all its forms & manifestations” because “hatred & violence have no place in diverse & democratic societies.” Two words: Gujarat & Kashmir. Pogroms & persecution of Muslims will be one of the hallmarks of his inglorious career. File his ‘shock & sadness’ under “You can’t make this crap up.”