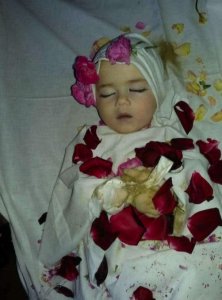 Some comments from Assad’s guppy squad on the terror bombing of three-million civilians in Idlib–comments which can only be called the glorification of terror bombing & mass slaughter. Such are the politics of Stalinism, fascism, Islamophobia, & anti-Semitism which are the essence of Assadism:

“This time I hope they give no quarter to the terrorists. This is the last refuge for those head chopping butchers. Take no prisoners.”

“This is a well planned & calculated liberation of Idlib not like how reckless the US butchery in Yemen is.”