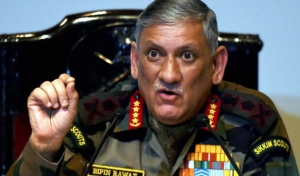 “The Chief of the Indian Army has stated that ‘Aazadi’, which means freedom, is not possible in Kashmir as long as his soldiers are stationed there. This means he has tacitly admitted the fact that the Indian Army is an instrument that keeps the population of Kashmir subjugated and unfree. An honest soldier has spoken.”