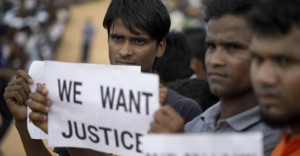 It’s so powerful that Rohingya activists met the UNSC delegation with a protest & handed them a charter of demands for repatriation to Burma. Because it’s so grotesque that a delegation–which included representatives from China & Russia who arm the genocide & 13 other countries that didn’t utter more than a peep of protest or did nothing to stop it & are doing nothing to aid refugees–flew in from UN headquarters in NYC to act like superheroes. At heart, it is a colonial, white supremacist scenario, turning the Rohingya into hapless victims & the west into white knights. It’s contemptible.