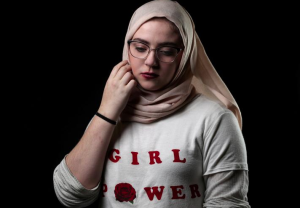 For those who fear that naming sexual predators will deny them due process, this testimony by Samantha Hanahentzen, a 17 year-old girl from Detroit, Michigan, raises the more important issue of due process & justice for the victims, many of whom are children.:

“When I saw the #MeToo hashtag I was just coming to terms with my sexual assault. It happened when I was in middle school by one of my teachers. It took me a while to come forward with what had happened to me & then when I went to the administration I was told I didn’t have enough evidence to prove anything & I should just keep quiet about it because I & the school could be sued for slander if I went public with my experience. It was really silencing because when I was being assaulted it was that stereotypical line of “let’s keep this between me & you.” And then when I found the courage to come out with it I was told again “let’s keep this quiet.” So for me too, it was a way to have a voice & it was a way for me to see that I’m not the only one that has gone through this & that women all around the world have all experienced the same thing. It was really unifying.”

(Photo of Hanahentzen by Lucy Nicholson/Reuters)