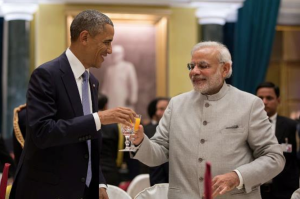 Reposting this from September 1, 2016 when Obama was president about the US attitude toward the Indian occupation of Kashmir. There’s certainly more to the relationship between the US, Pakistan, & India than elaborated here but this was to show that the US is not neutral about the occupation nor even a potential ally of the Kashmiri freedom struggle.
It was written before the recent aggressive shift in US policy toward Pakistan which does not mean Trump’s policies are distinct from Obama’s policies. It does mean the US alliance with India makes the Kashmiri struggle an issue for American human rights & antiwar activists.

Many ask what US policy is toward India’s occupation of Kashmir because of the US economic, political, & military relationships with Pakistan & India, both the recipients of billions in US military aid. Pakistan is a key US ally not just in Afghanistan but the entire region; India plays a role in Afghanistan & is central to the US military buildup in the South Asia region as a buffer against China.